skip to main content
Return to GRE
You are at:Home»Events»Papal Adviser to Lead Discussion Series at the Graduate School of Religion

A theologian who is part of Pope Francis’ inner circle of advisers will be at Fordham this week to lead a series of conversations on the pope’s vision for the Catholic Church.

Carlos María Galli, STD, a priest from the Archdiocese of Buenos Aires, will lead four discussions over the next two days on both the Lincoln Center and Rose Hill campuses. All discussions, which are sponsored by the Graduate School of Religion and Religious Education, are free and open to the public.

“Father Galli has been a close theological collaborator with Pope Francis from [the pope’s]days as archbishop of Buenos Aires,” said Claudio Burgaleta, SJ, associate professor at GRE. “His lectures at Fordham will provide a window into the pope’s theological influences, especially Argentina’s take on liberation theology.”

Father Galli is the dean of the theology faculty at the Catholic University of Argentina, where he also serves as director of doctoral studies. He specializes in the study of Lucio Gera, the father of teología del pueblo, or liberation theology. In addition, Father Galli has a long record as consultant to both the bishops of Argentina and the Episcopal Conference of Latin America (CELAM).

Shortly after his election, Pope Francis named Father Galli to the International Theological Commission, a group of theologians that serve as advisers to the pope. He collaborated with Pope Francis for the final document of Aparecida, one of the main sources of Pope Francis’ vision.

“Father Galli’s own thought makes a contribution to pastoral urban theology—ministry of the city and to the city. He argues that the nature of cities is such that they demand a new form of evangelization,” Father Burgaleta said. This new evangelism calls “for the church to go out of itself and engage in a new evangelization that was especially attentive to the peripheries of our world,” which echoes what the pope proposes in Evangelii Gaudium. 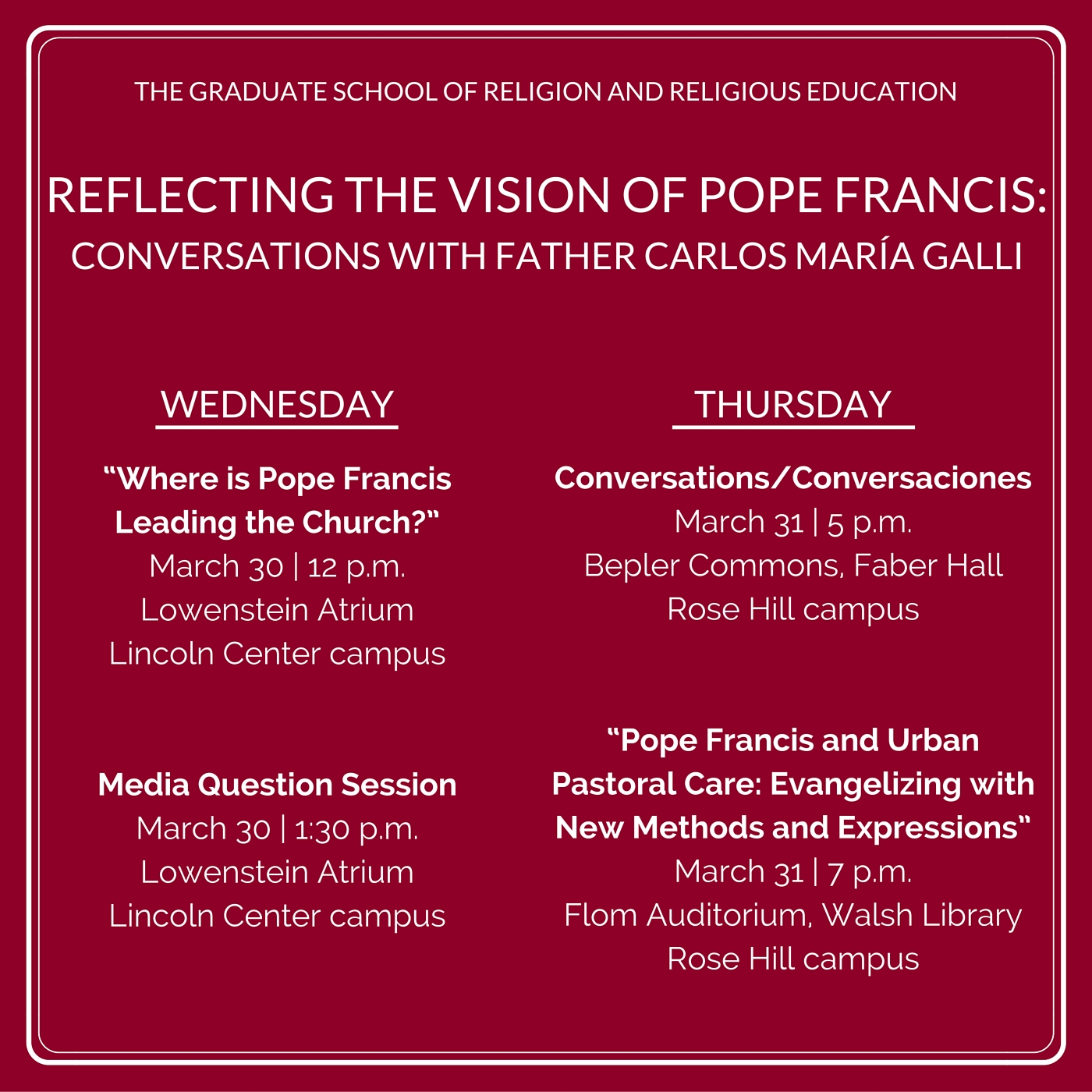