skip to main content
Return to GRE
You are at:Home»Faculty and Research»After the Tragedy in Orlando, How Do We Cope?

The June 12 mass shooting at a popular gay nightclub in Orlando has shaken communities across the country.

Days later, many people are still struggling to cope with news of the tragedy—even those who were not directly affected. That struggle is not uncommon, said two Fordham experts on stress and trauma; personal or geographic distance from the tragedy will not necessarily spare people from intense grief or even trauma. 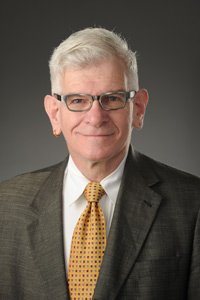 “Acts like this pull the rug out from underneath us,” said David Koch, PhD, clinical associate professor at the Graduate School of Social Service. “When something like this happens—losing 50 people at once in a violent act—you don’t have the traditional tools available, so how do you manage it?”

Few of us know what to do or how to act following such atrocities, because, until recent years, recurrent mass gun violence has not been part of our realities. In the aftermath of Newtown, Aurora, Orlando, and others, Koch said, we’ve come to realize we have no idea how to make sense of the fear, anxiety, anger, and sadness that these shootings have triggered.

Moreover, the near-constant stream of news coverage on media outlets and social platforms keeps us immersed in the unfolding tragedy. The exposure may trigger in some people a secondary grief reaction, said Mary Beth Werdel, PhD, an assistant professor of pastoral counseling at the Graduate School of Religion and Religious Education.

If that feeling of grief is accompanied by more intense physical and psychological symptoms—for instance, intrusive thoughts or memories about the event, hypervigilance, feelings of anger or sadness, or sleep or appetite disturbances—then one may also be experiencing a trauma reaction. 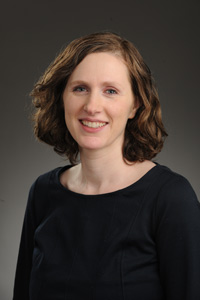 “When there is a mass shooting or terror attack, one may be a survivor, may have witnessed the attack live, or may be witnessing it through repeated media exposure,” Werdel said. “It is possible to have trauma reactions as a result of any of these experiences. The impact is dependent upon a number of factors, including previous trauma and loss experiences.”

In cases of traumatic grief, it is often necessary for people to seek a licensed social worker, counselor, or psychologist who specializes in trauma, Werdel said.

“Trauma… shatter[s]a person’s assumption of safety and may result in experiences of vulnerability and fear,” she said. “The work of the individual, then, is to rebuild.”

Koch, who specializes in the mental health of lesbian, gay, bisexual, and transgender individuals, said in the days following the Orlando shooting, that sense of “shattered safety” has been felt widely among members of the LGBT community.

The question, then, is how do we cope?

“You first have to acknowledge that your typical ways of coping have gone out the window and you have to figure out new ways in the face of this much trauma—cognitively, intellectually, and emotionally,” Koch said.

“I cope by trying to be in touch with what I’m feeling and to use ways of coping that have worked before to help manage feelings. I slow down, do some meditation, take my foot off the accelerator a bit and try not to get too agitated.”

Most important, he said, is to use social supports.

“In the face of this kind of hate, we need to reach out to and take care of one another—to provide those social networks… so that we’re not alone,” he said. “That collective action can serve as a kind of buffer against the hate… It also helps combat feelings of helplessness.”

In time, it is possible for people to move through and even grow as a result of tragedy, said Werdel, who researches post-traumatic and stress-related growth. There are several factors associated with experiencing this type of growth, she said, including personality traits of optimism and openness, social support, positive religious coping styles and faith maturity.

“When we consider post-traumatic growth or stress-related growth, we must remember the importance of pace. By this I mean that we don’t look for growth experiences too quickly,” Werdel said.

“The image of ‘growing strong in our broken places’ that Hemingway wrote of is often considered when thinking of post-traumatic growth—it takes time. It is not immediate. We must also remember that growth is not in place of stress or trauma reactions but rather often coexists.”

(Stay up-to-date on campus happenings. Sign up for our e-weekly Fordham News.)