skip to main content
Return to GRE
You are at:Home»News»Scholars Speak on Pope’s Plea for Planetary Care

On June 18, Pope Francis officially released his encyclical on the environment, Laudato Si (“Praised be You”). Members of Fordham’s theology faculty were quoted in several news sources, explaining what it is, its rarity and monumental importance, and what the ultimate message may mean for the world’s Christians and other religious groups.

Christiana Peppard, PhD, assistant professor of theology, science, and ethics: What you need to know about Pope Francis’s environmental encyclical, in the Washington Post.

In addition, five members of Fordham’s faculty gave their pre-encyclical thoughts on the event a few days before the release:

“An encyclical is a distinct, authoritative genre of papal writing that popes use to draw attention to important issues of faith and life. This encyclical, titled after St. Francis’ Canticle of Creation, “Praised Be You [O Lord],” is the first encyclical in Catholic history to address the environment. It will do so through a distinctly Catholic lens, focusing on care for people in poverty and the planet, within broader Catholic social teaching on justice and respect for life.  Insofar as Pope Francis has a knack for powerful rhetoric and strong spiritual imagery, I think we’ll see his unique voice and charism amplifying the strong social, economic, and environmental teachings that have become evident in the writings of his predecessors Benedict XVI and John Paul II.
“And in a digital age, it will be fascinating to see how people around the world respond to his moral and theological reflections on care for global neighbors and the earth that sustains us.”

“Being a Latin-American Jesuit, I expect that Pope Francis will underscore the link between a concern with the environment and the preferential option for the poor, a hallmark of Catholic Social Teaching and the pastoral ministry of the Jesuits particularly in Latin America. He will underscore that the well being of the planet is a poverty and social justice issue.  I noted with interest that the press conference that will launch the encyclical will include the presence of an Orthodox bishop. I expect that the encyclical will quote from the work of the Ecumenical Patriarch, known as the Green Patriarch,  for his long-standing advocacy on environmental issues. In this way the encyclical will introduce an environmental ecumenism — seeking to promote Christian unity by our common work on behalf of the well being of the planet.
“Finally I will be looking to see how the pope connects his call for environmental justice and planetary care with evangelization and joy. Both themes are close to his heart and of his first teaching document, Evangelii Gaudium.” 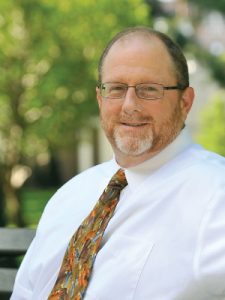 “The encyclical is going to generate opposition, so Pope Francis going to have to frame it within a broader understanding of Catholic ecclesiology, the authority of the pope, and the nature of moral teaching itself… A lot of conservative Catholics are vocally opposed to the pope saying anything about the environment. Yet, the fact that the pope is discussing these issues is not new. For instance, John Paul II released the Common Declaration on Environmental Ethics in 2002, which was framed in terms of social justice teachings… [The difference was that] as long as Catholic conservatives in the United States saw themselves as supported by John Paul II and Benedict XVI, they could overlook statements about the environment and social justice and focus on their key issues—homosexuality, birth control, and so forth. Now, however, they are more willing to directly oppose the pope…I don’t think that the opposition to the pope on these matters within the church is very deep, but it is very organized and it tends to come from the wealthier component of church, so they have a disproportionate ability to be heard. The pope needs to try to win this component over. It’s not about winning or losing—it’s his pastoral duty. And that’s part of the reason why it’s so important that he frame these arguments using doctrinal language.”

Henry Schwalbenberg, PhD, professor of economics and director of the International Political Economy and Development programs: 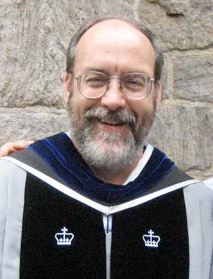 “No matter which side of the climate change debate you are on, most of us can agree that environmental changes and natural disasters have an undue impact on the poor.  I remember a study some of my colleagues did in the Philippines on the effect of urbanization and unregulated car pollution on the cognitive ability of young children living in squatter’s areas along congested highways. My colleagues measured the level of lead poisoning as well as the serious cognitive damage that emissions had caused among the children.  Since that time, leaders have successfully worked to restrict lead emissions in the Philippines and have given these children a fighting chance for a better future.

“I am confident that Francis will encourage all of us to work on behalf of our poorer brothers and sisters who desperately need additional resources to confront environmental challenges. We Americans are doing this is through our various foreign aid programs … [In] the Philippines we are assisting local communities in building typhoon resistant housing, … and in poor arid areas of Latin America such as Northeast Brazil we are supporting efforts to develop reliable sources of potable water, [both]efforts to promote economic development that is ecologically sustainable and targeted to benefit the most vulnerable. In his encyclical, as well as his UN address in September, Francis will be encouraging us to do even more and to do it even better.” 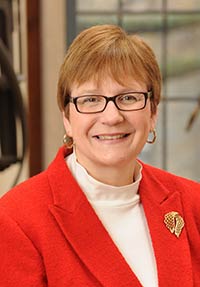 “In issuing this major teaching document, Pope Francis brings fundamental Catholic convictions about the dignity and flourishing of human beings and the rest of God’s creation into dialogue with the pressing social and global realities of our day. He relies on scripture, Catholic tradition, and the best scholarly and scientific knowledge available to us today, drawing on the work of the Vatican’s own distinguished panel of scientific advisors, the Pontifical Academy of Sciences—80 of the most distinguished scientists from around the world, including Nobel laureates. Earlier this year, the Academy of Sciences held an international gathering, “Climate Change and the Common Good,” whose final statement affirmed that “human-induced climate change is a scientific reality,” and that work to mitigate it, and especially its effects on the poor, is a “moral and religious imperative for humanity.”

Read an article about the Encyclical in Fordham magazine.